Warm your ears with gender imbalance

Whether walking in the snow-covered forest, jogging outdoors or standing at the mulled wine stand: with this Beanie cap your ears are protected and you'll stay warm. And as a nice bonus and conversation starter, it shows everyone that the profession of top manager is a very male-dominated one. Only 17.9 % of all international companies surveyed by the World Bank have women in their top management. 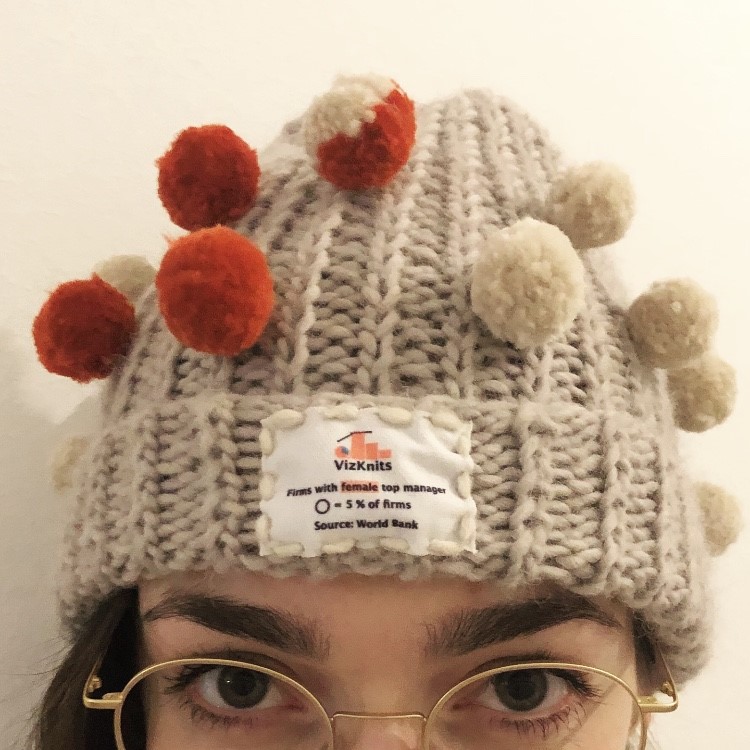 Yet this profession only represents so many professions in which women have not yet gained a foothold. Whether because of injustice in training and promotion, because the job cannot be reconciled with starting a family or because we cannot get out of our own social patterns and consider ourselves unsuitable: There are many occupations that are dominated by men, and many, often the lower paid, that are dominated by women.

There are many reasons for this; we cannot always just finger point at an employer or the government. This beanie reminds us that gender inequality in the workplace is still an issue and that we all have to do something to change this. Starting by encouraging our daughters and sons to do the job they want to do, whether or not it is dominated by the opposite sex.

We used a simple knitting pattern for a beanie, though you could just buy a finished hat as well. But where's the fun in that? Nevertheless, this data viz is all about the pom-poms. Because we wanted to handcraft 20 pom-poms to stitch on the hat, we decided for a diameter of 2.5 cm. Each pom-pom represents 5 % of firms, summed together they represent 100 %. If you want to handcraft your own beanie with more or less pom-poms, simply recalculate. For example, you could use 50 pom-poms representing 2 % each, or 10 pom-poms representing 10 % each.

As a template for the pom-poms we cut out two cardboard circles with the desired diameter. Then we cut out a hole of circa 0.8 cm in the center.

Now it's on: Hold the two cardboard circles together and wrap them with the wool as often as possible. Then cut the threads between the two circles by sliding the scissors between the outer edges of the cardboard templates. Take a piece of thread and put it between the two cardboard circles, then tie a tight knot around the loose threads running through the center hole of the templates. If you now cut the cardboards open, you have a finished pom-pom in your hand, which you can now carefully trim with scissors and straighten if individual threads come out longer than others. 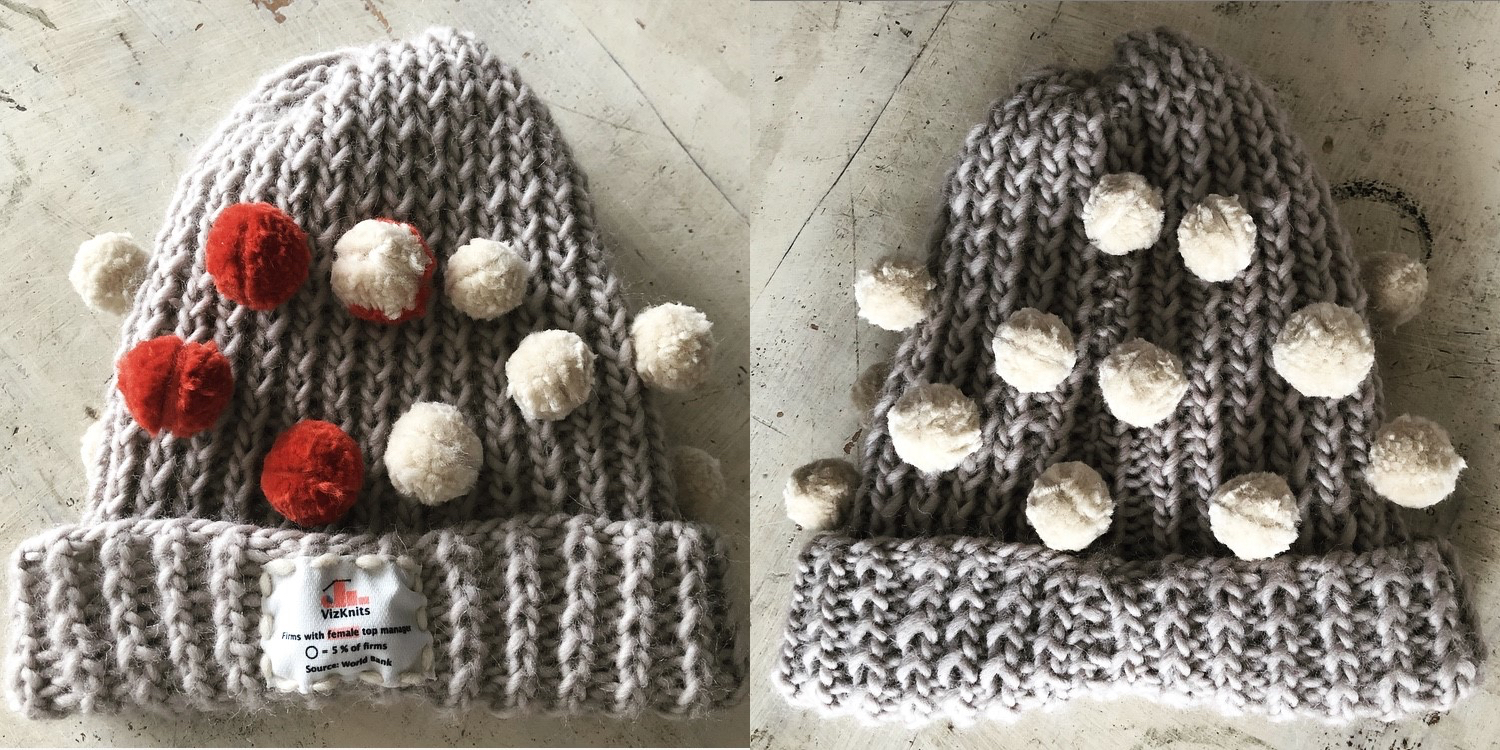 We already visualized 15 % of firms as having female top managers. We want to viaualize 17.9 % of firms as having female top managers. We have one pom-pom representing 5 % left to visualize the missing 2.9 %. So this time, we will use both colors for our pom-pom. To know how much of which thread we need to use to wrap our cardboard circles, we calculate a pie chart where the 5% equal 100 % of the pie chart and 2.9 % correspond to (2.9/5)*100 = 58 %. We print out the chart and stick it on one of the templates as a guideline, which thread we have to use for wrapping.

Finally, stitch or glue the pom-poms to your beanie.

Baenie pattern: We are knitters
Yarn: We are Knitters, The petite wool